Skip to content
No Service Charges Ever We will never charge per-booking fees more...

When you stand on Viking Bay sands and look out over the big blue yonder you might just question yourself about what those wind turbines are and what they are doing? What you see seven miles out to sea, just off the Isle of Thanet, are 100 wind turbines generating enough electricity to power 220,000 homes a year.

The Turbines are owned by the Swedish company Vattenfall and were commissioned in 2010. The 100 turbines have a combined output of 300MW and at the time of construction, it was the biggest wind farm in the world. The turbines are spaced at 500 meters’ apart in a line cover an area of 35 square kilometres.

The electricity generated out at sea is brought to shore in two large export cables, which come ashore at Pegwell Bay, Ramsgate. From there it travels to a new sub-station at the former site of Richborough Power Station where it is then filtered into the national grid.

Windmills date back as far as the Chinese in 1200 AD and the Persians 500-900 AD. If we consider the use of the wind, it has been used for many things to create energy. The obvious ones are sailing boats then of course came the windmill. Daniel Halladay back in 1854, in the USA, started to invent different windmills and struck gold when he devised a windmill which pumped water to farms and ranches reaching the expanding western frontier. At this time the railroad system was starting to expand as all trains were steam the railroads needed water pumped up to them. Halladay devised a system where windmills did this job making life easier for the railroad workers. Between 1850 and 1970 there were over 6 million windmills installed in the USA alone.

There were many people in many different countries trying to come up with a commercial wind turbine which could be used to create electricity, was efficient and reliable and it was not until NASA became involved in the 1970's that the idea progressed. It moved forward to a level where many of the multi-megawatt technologies researched by them are still used today.

The Thanet wind farm broke records for not only being the largest wind farm at the time but also being the quickest ever constructed. MHI Vestas who manufacture the turbines altered the way they were transported to the offshore sites, which assisted in the construction speed. They built and tested 100 turbines in 100 days, which was another world record beaten by the wind farm. There are moves ongoing to expand the wind farm by adding another 34 turbines by 2021. These new giant turbines will be twice the size of the ones you see there now. The existing turbines stand at 115 metres high and the giant new turbines will be a height of 250 metres tall, the added turbines will be built just 4.9 miles offshore. These extra 34 giant turbines will have the same output as their 100 smaller counterparts where the amount of homes they will be able to supply electricity to will double to 430,000 homes . There lies the dilemma for local inhabitants? Do you have many small turbines or less giant turbines? 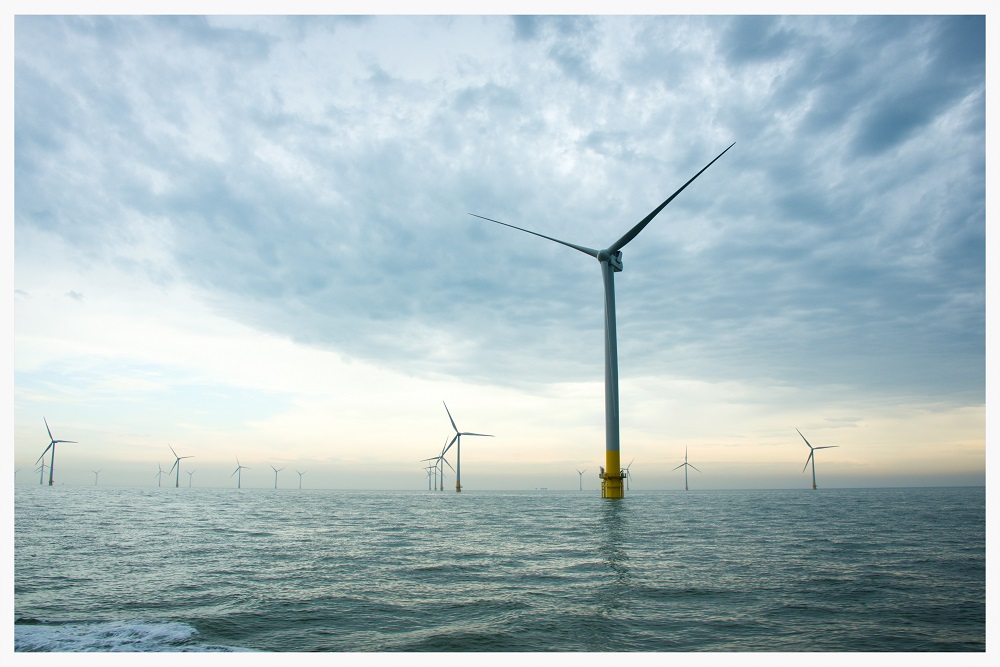 Wind farms and wildlife are words you generally would not put in the same sentence. However, it has been found that in the case of offshore wind farms, over time, they do become compatible. The turbines were initially accused of luring certain species to their deaths and in other cases such as marine mammals, the noise would drive them away. This has since been questioned, because species are returning to the wind farms and are found to be thriving. Beneath the waves, such things as barnacles, muscles and other crustaceans attach themselves to the hard turbine structures. This then attracts other marine species and over time, the turbines will become a manmade reef allowing the area to become a breeding ground for many marine species, especially Cod and Whiting. Divers who work on the turbines have already reported the increase in lobsters and crabs. The seals that are resident just off the Kent coast are there for a reason as the offshore wind farms are an easy food source for them with plenty of small young Cod and Whiting available to them.

As the wind farms are out of bounds for the commercial fishermen and their trawling nets the marine species and mammals are left to breed in peace.