Skip to content
No Service Charges Ever We will never charge per-booking fees more... 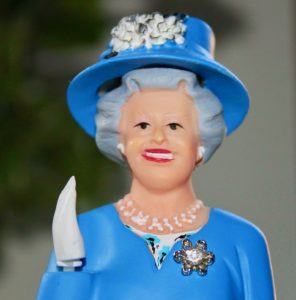 Being Queen does have its perks!  Most of us get to celebrate only one birthday a year (and sometimes, even that is one too many…) but Queen Elizabeth II of the United Kingdom and Other Commonwealth Realms (of which Belize is one) has a choice. Despite her actual birth in April, the Queen’s Official birthday in the UK and elsewhere is celebrated in June.

In Belize we celebrate our differences. Belize is a Commonwealth country, member of that loosely held group of nations that recognizes Queen Elizabeth II as our sovereign ruler. So here, we celebrate Sovereign’s Day on May 24th. Why? Because despite her over 65 years on the throne, Elizabeth is not the Queen whose birthday we acknowledge -- that privilege belongs to Queen Victoria.

Although Queen Victoria’s Birthday, originally called the Queen’s Birthday, then Empire Day and eventually Commonwealth Day in honor of the (now) 54 independent or sovereign countries under the British monarchy, eventually became known as Commonwealth Day, many Belizeans still refer to this May 24th holiday as the Queen’s Birthday. (In 2018 this day is recognized Monday, May 21st.) As a public, national holiday, this day sees schools, banks, government offices, and many private businesses close.The National Sports Council sponsors various races around the country, including cycling from Cayo to Belmopan, triathlon events, and horse races in Belize City at the National Stadium and in Orange Walk Town at the People’s Stadium.

In San Pedro it’s a day off for most people but we save our parade and ‘big’ celebrations for Dia de San Pedro in June. More on that later…