Two of the seventeen albatross chicks born in Princeville have taken flight. All of these chicks were born the end of January and have stayed close to their nests until now. Mom and Dad have been bringing them sustenance for months. Now it is time for each of them to head out to sea to find their own food thousands of miles away.

Pela (Hawaiian for "soar"), the chick I was lucky enough to name, is still in the cul-de-sac just at the foot of Honu Point's driveway. He/she, like the others, has much of her body covered in flight feathers but still maintains the baby fluff around her head and chest. It is not her best look. 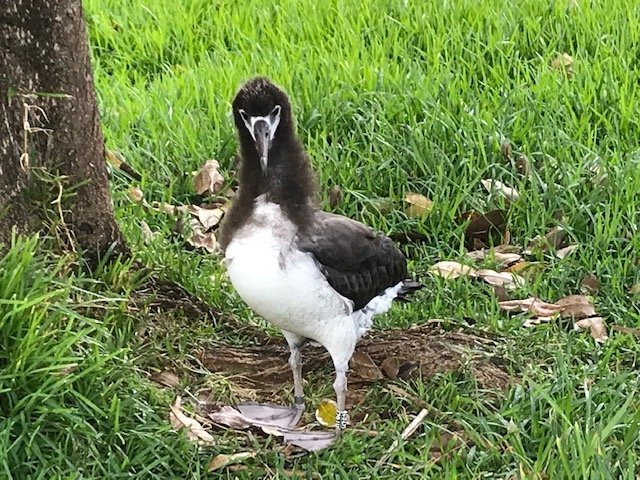 Pela is still sitting very close to her original nest. She does get up occasionally to feel the wind beneath her wings. I happened to catch this moment two weeks ago. The orange line is tape to keep admirers at bay. 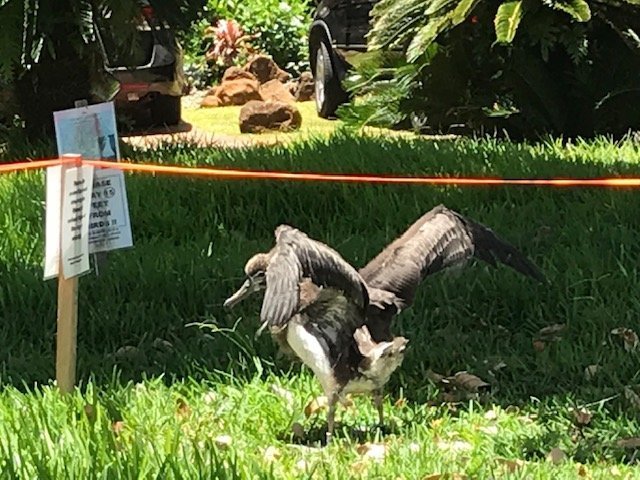 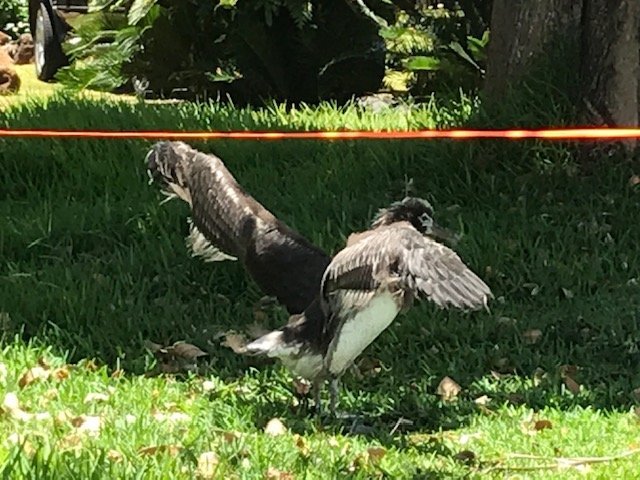 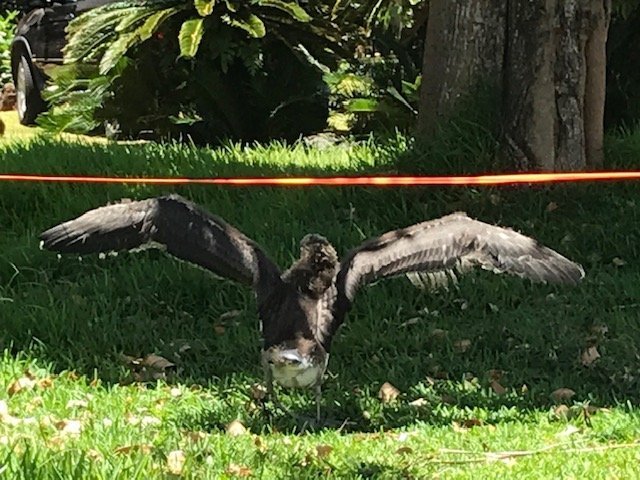 Most of the albatross chicks will fledge (take flight for the first time) in July. After five months of being in the same spot, they will leave their nesting area and start looking for an ocean bluff. Once they have the spot picked out they will stay until they get up the nerve to jump. Sometimes they don't make it on the first try and end up awkwardly walking up the hillside to try again. When they do succeed, however, it is quite magical as they "soar" off into the horizon.

At this point the albatross chicks are on their own, having to fly over a week to find food. Having been fed since birth, it must be a challenge to locate and capture their own meal. They will get lots of practice, however, because they do not return to land for three to five years! If they stay safe from long line fishing and they do not ingest too much plastic, their healthy bodies will return to where they were born. I will be waiting for Pela, that is for sure!

Here are some of Pela's neighbors in Princeville: 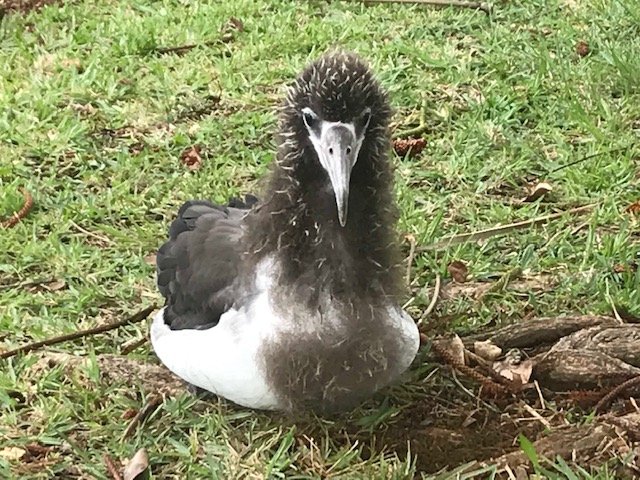 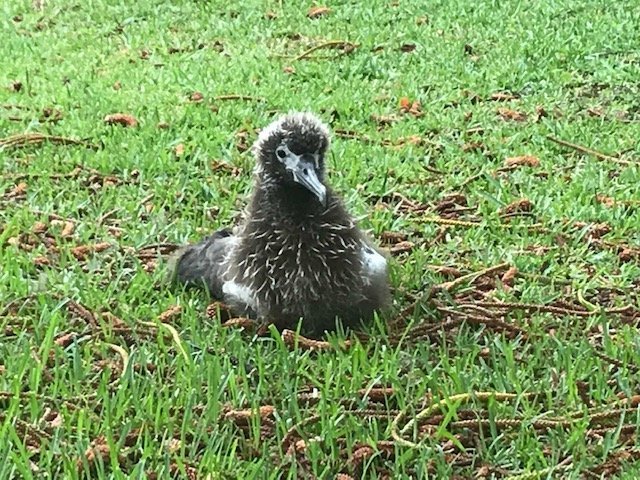 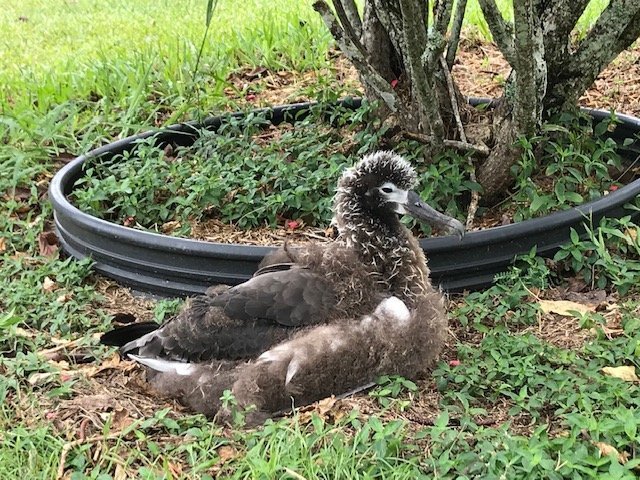 If you are interested in learning more about these birds, here are two bird-watching tours I recommend:

To view albatross and other sea birds, make a trip to the Kilauea Lighthouse.

For more of my blogs or to subscribe, go to the right-hand side of this page (full screen computers). For more information about my luxury vacation rental in Princeville, go to any other page of this website. Mahalo!